During the opening ceremony, the Rio Olympics organizers talked about a green environment.

They were not talking about the pools at the Maria Lenk Aquatics Centre.

But on Tuesday the water in the pool where the divers for the women's synchronized 10-meter platform competed -- officially called a diving well -- was dark green.

But it was safe, organizers said.

"The water quality at the Maria Lenk Aquatics Centre was tested and there were no risks for the athletes. We are investigating the cause," officials said.

The adjacent pool at the aquatics center, where water polo is being contested, looked normal.

David Boudia, a U.S. men's diver who won silver on Monday night, tweeted a quip wondering whether St. Patrick's Day was being celebrated.

The water in the well must not have bothered China's Chen Ruolin and Liu Huixia, who easily won gold. 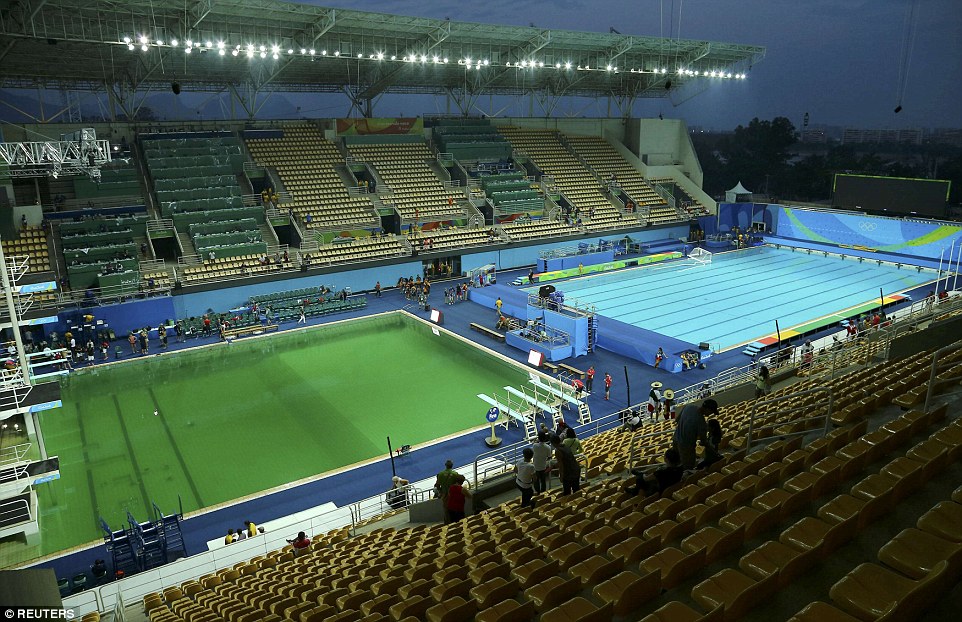 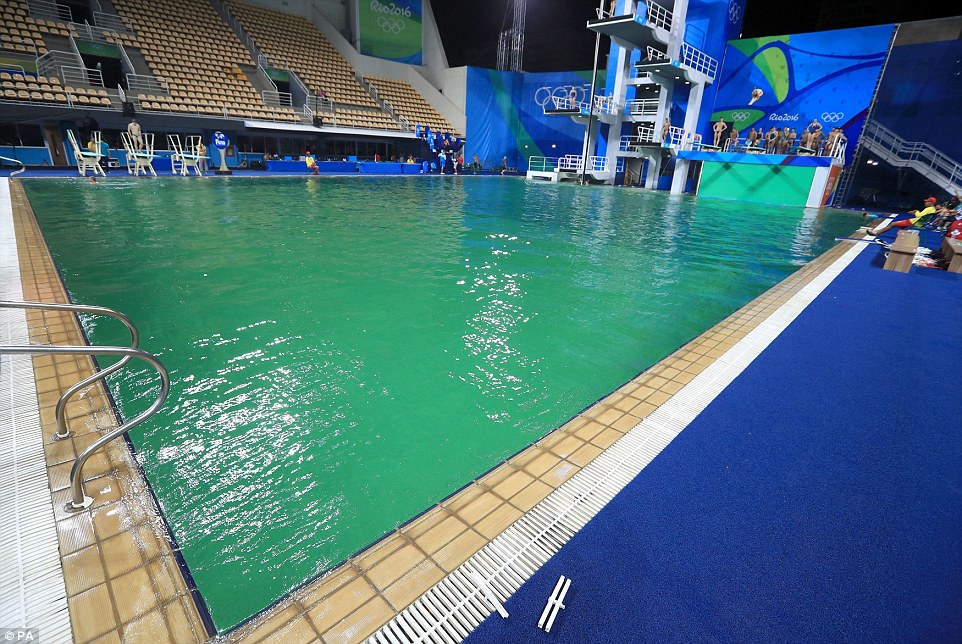 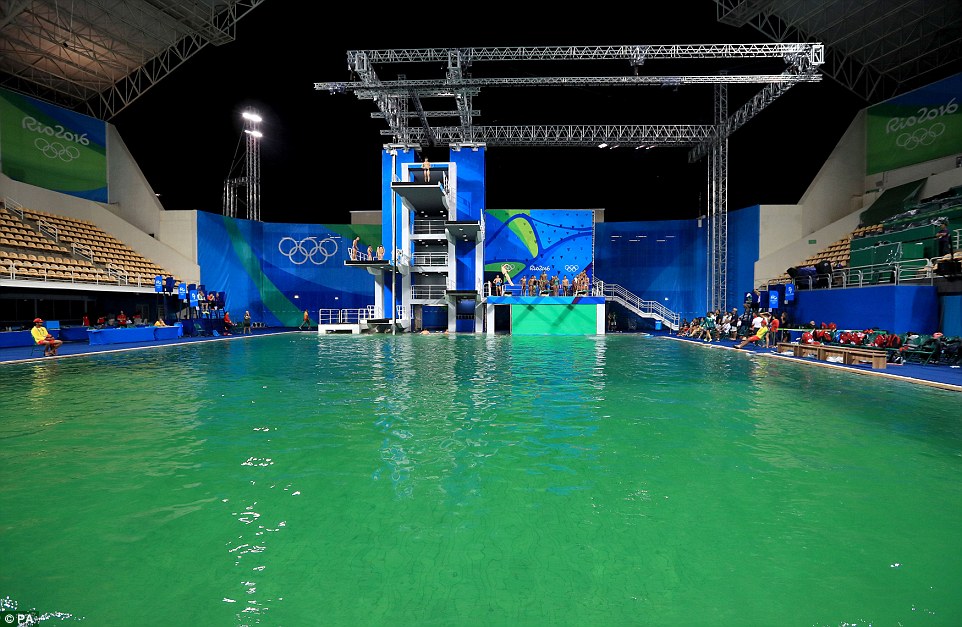 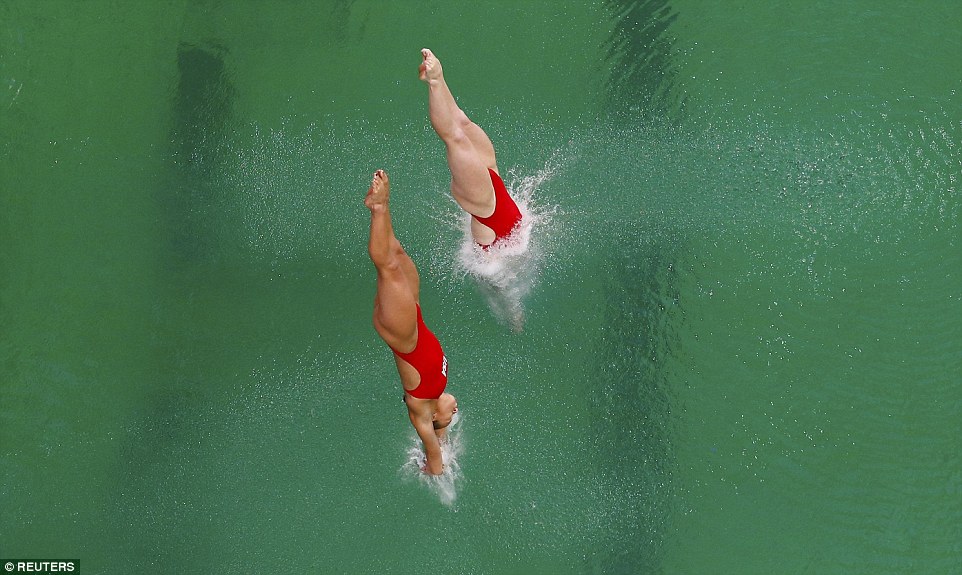 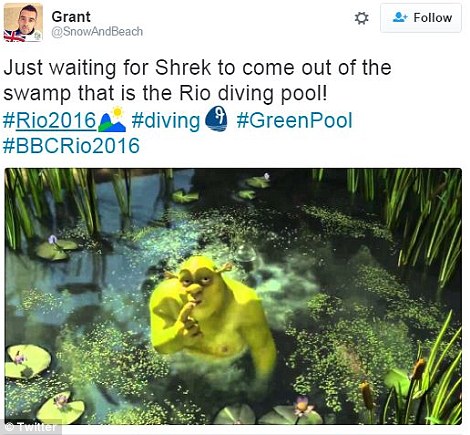 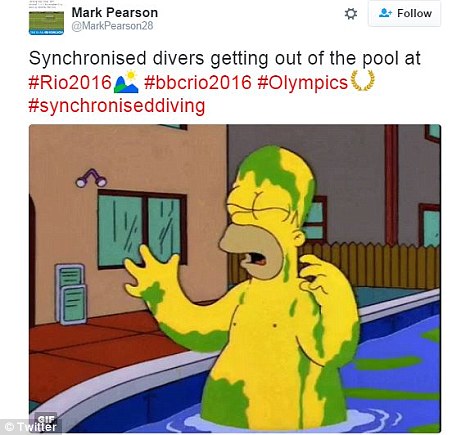