The military has made its request ‘unofficially’ says the lead story of 'Sunday Divaina' Sinhala weekly today (30), edited by a member of President Maithripala Sirisena’s official delegation to the 71st Session of the United Nations General Assembly.

Editorial Director of 'Divaina' who is a presidential adviser was also a member of the delegation.

The publication is well-known for its' association with the Mahinda Rajapaksa regime. 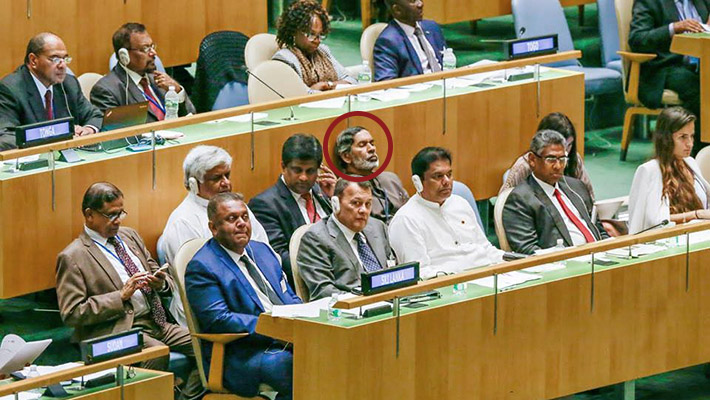 Two days after the killing of the undergraduates, two State Intelligence Service (SIS) operatives in Jaffna were slashed by an unidentified group of men who rode unmarked motorcycles.Police and the government as well as a flier distributed clandestinely in a few areas in Jaffna claimed that the knife attack was carried out by a group calling itself ‘Aawa’.

“The military has requested the government to allow them to intervene to quash the insecure situation in the north due to the Aawa group. Security forces have made this request unofficially. The lifting of emergency regulations has hindered the ability to intervene in the civil administration,” says the Sunday Divaina of 30 October.

Sri Lanka military intelligence have been alleged to operate knife wielding motorcycle gangs in the northern province militarised with the presence of at least 150,000 troops.

The country’s law and order minister, Wednesday (26), walked away from a press conference when a journalist requested clarification on the perceived links between Military Intelligence and Aawa group.

In 2014 January, the 'Divaina' newspaper itself reported that the key members of the Aawa group has been arrested by the police.