Too drunk, can't add: Why some Indian women are turning away grooms Featured

Years ago, during a visit to my village in the northern Indian state of Uttar Pradesh, I heard a female relative boast that as a high-caste Brahmin, she would have no trouble getting a bride for her dog, let alone for her unemployed son.

Her confidence stemmed from the fact that women have traditionally enjoyed a very low status in India's most populous state, which has a population of more than 200 million people.

The state has consistently performed badly on UN human development indexes, and women here - especially in rural areas - still have little say in important life decisions, including when and whom to marry.

Millions of girls are married off even before they turn 18 - the legal age of marriage.

But the winds of change seem to be finally blowing in the state - in recent months, young women have turned away grooms they've found to be unfit for a variety of reasons. 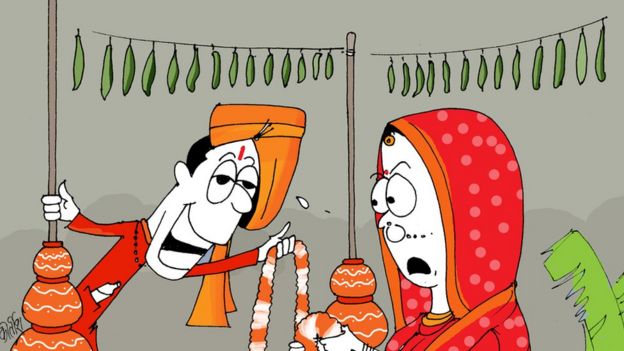 Last month, a woman in the state's Firozabad district refused to marry her groom when he arrived at the wedding venue too drunk.

The Times of India reported that the young man was so inebriated, he couldn't even stand straight for the pre-wedding "jaimaal" ceremony when the couple exchange floral garlands.

The wedding was called off after the upset bride told her family that she would kill herself if anyone forced her to marry the drunk man.

There have been similar instances in the past too - last year, a bride in a village in Mahoba district called off her wedding when the groom turned up inebriated. 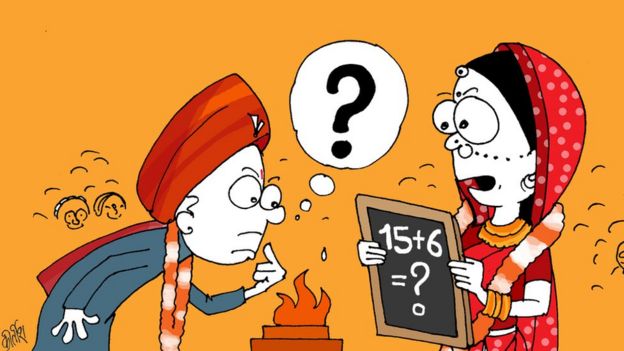 When Mohar Singh arranged for his daughter, Lovely, to get married to a young man named Ram Baran, he didn't know that the groom was illiterate.

It's not clear why, but just before the ceremony, Lovely asked the groom-to-be to solve a simple maths problem.

The groom's family had "kept us in the dark about his poor education", Mr Singh said and added that "even a first grader" could answer the simple question. 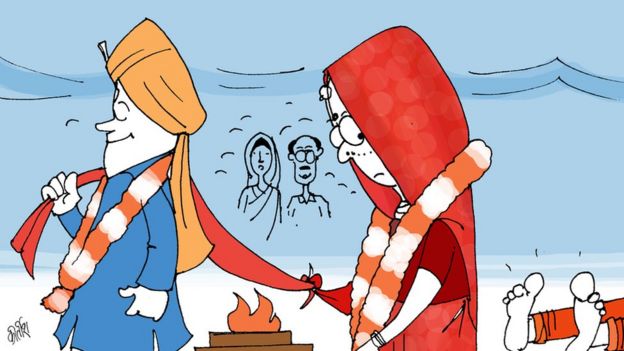 Just as he was reaching out to garland his bride-to-be, one excited groom had a seizure and collapsed in front of the wedding guests.

As he was rushed to a hospital, the bride's family alleged that his family had not disclosed the fact that he was epileptic.

The angry bride decided to switch husbands - she asked a member of her brother-in-law's family, who was a guest, to step in and marry her instead. He agreed.

On his return from the hospital, the original groom-to-be pleaded with the young lady to change her mind, telling her that he would be ridiculed if he went home without a bride, but she was unmoved.

A "spoon war" broke out and a police complaint was lodged, only to be withdrawn later since, as a police official said, "the bride is already married now, what can anyone do"?

Undone by a kiss 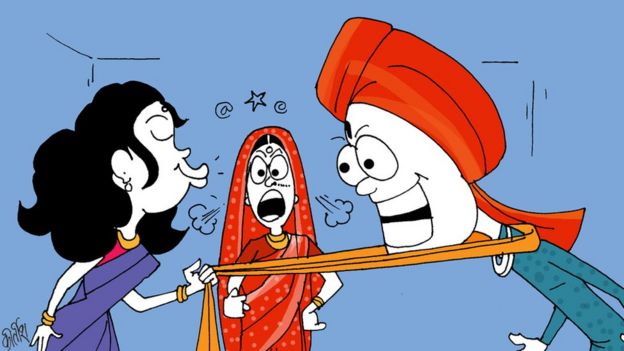 This couple met on a social networking site and after a brief courtship, decided to get married.

But things didn't go according to plan at the glitzy wedding in the city of Aligarh, attended by 500 guests, including the city Mayor Shakuntala Bharati.

And it could all be blamed on a kiss - the groom's sister-in-law was so excited "that she leapt up and kissed him even as the bride and her family looked on in deep disapproval", reports said.

To make matters worse, she "pulled him on to the dance floor and shook a leg".

Reports said the bride's family assaulted the wedding party and held the groom captive - he was freed only after the mayor intervened. 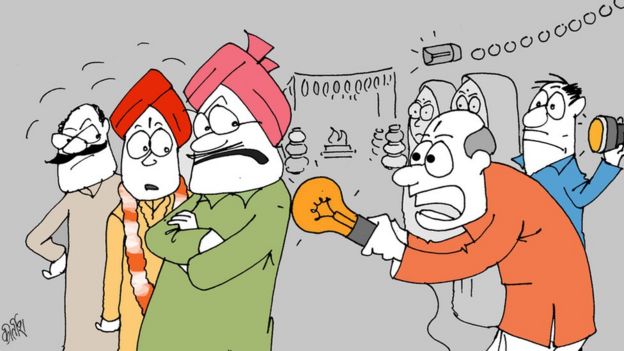 Last year north-east of the city of Kanpur, the family of one groom demanded better lights at the wedding. The bride's family said no.

More sharp words were exchanged and the bride's family accused the groom's family of being "uncultured and ill-mannered". 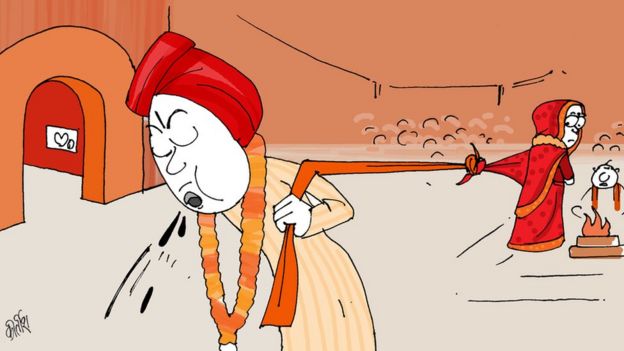 Consumption of tobacco can be injurious to health.

And this groom in Deoria district ignored the health warning at his peril.

He arrived at the wedding chewing tobacco and half-way through the ceremony, he stepped out to spit.

The bride was furious and called off the wedding, saying she didn't want a husband who was an addict.

Last modified on Saturday, 05 March 2016 10:29
Tweet
More in this category: « In Sri Lanka, barriers fall in a land marred by bloodshed Leprosy victims live out their lives in Sri Lanka colony »
back to top