Comic book maker Marvel has revealed a 15-year-old black girl will be donning the famous armour of Iron Man in an upcoming episode of the series.

Civil War II sees Tony Stark hang up his boots to be replaced by Riri Williams, the company said.

The character is a Chicago-born science genius studying at MIT and made her debut earlier this year.

The news has prompted a huge reaction online, with many welcoming it as a step forward for diversity.

Iron Man writer Brian Michael Bendis told Time he came up with Williams' character after being struck by the "chaos and violence" of Chicago while working in the city.

"And this story of this brilliant, young woman whose life was marred by tragedy that could have easily ended her life, just random street violence, and went off to college was very inspiring to me.

"I thought that was the most modern version of a superhero or superheroine story I had ever heard." 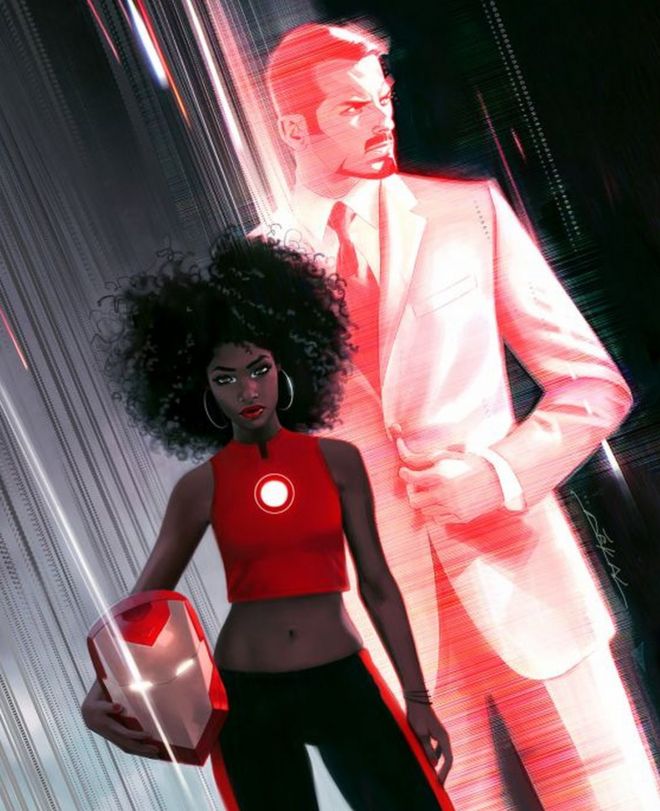