The flesh-coloured dress Marilyn Monroe wore when she breathlessly sang Happy Birthday to President John F Kennedy in 1962, is to be auctioned.

She wore it to his 45th birthday celebration at Madison Square Garden in New York, but the garment was so tight she had to be sewn into it.

Monroe died less than three months later, and the president died in 1963.

The dress, made of silk gauze and covered in thousands of rhinestone beads and sequins, will go under the hammer in Los Angeles on 17 November.

Before then, it will be on show at Mana Contemporary in Jersey City, New Jersey, and the Museum of Style Icons in Newbridge, Ireland. 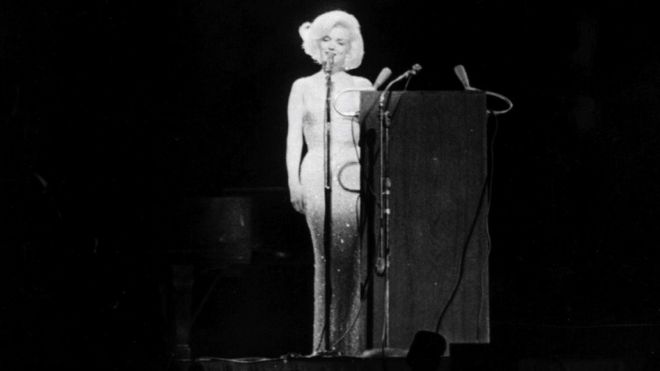 Last modified on Friday, 09 September 2016 09:16
Tweet
More in this category: « Dilshan - Manjula pledge their love for all eternity (video) Hiru Golden film awards commence over gold carpet »
back to top